Welcome to the great web framework shootout. On this page you will find benchmark results comparing the performance of a few of the most popular F/OSS web frameworks in use today.

Why a web framework shootout?

In a landscape filled with a vast array of web frameworks whose version numbers tend to increase rapidly, I'm often curious about how the different choices and versions compare to each other when submitted to a few simple performance benchmarks.

In September of 2009, I decided to share some of my findings in a blog post which eventually drew enough attention to cause me to decide to turn it into a series of rounds. After posting Round 4, it became apparent to me that it was probably time to combine the various benchmark results into their own page in order to give this topic the dedication (and ease of updating) that it deserves.

Do these results have any real world value?

Probably not. When it comes to code, the slightest adjustments have the potential to change things drastically. While I have tried to perform each test as fairly and accurately as possible, it would be foolish to consider these results as scientific in any way. It should also be noted that my goal here was not necessarily to figure out how fast each framework could perform at its most optimized configuration (although built-in caching and other performance tweaks were usually enabled if the default configuration permitted it), but rather to see what a minimal "out-of-the-box" experience would look like.

Additionally, nothing here is intended to make one web technology appear "better" than another. When it comes to using the right tool for the job, "faster" does not necessarily mean "better" (very few real world projects are going to depend solely on page request speeds).

Note: The Pyramid/TG test apps used SQLAlchemy as the ORM and Jinja2 as the templating system. 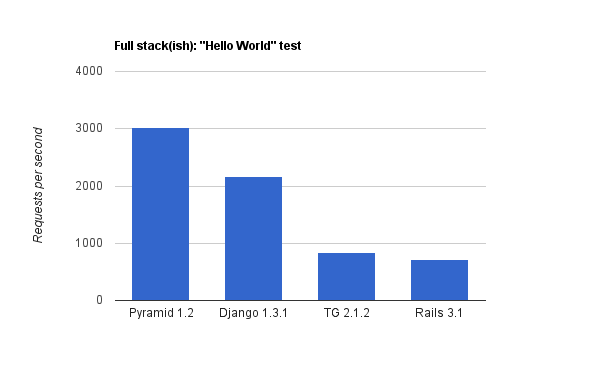 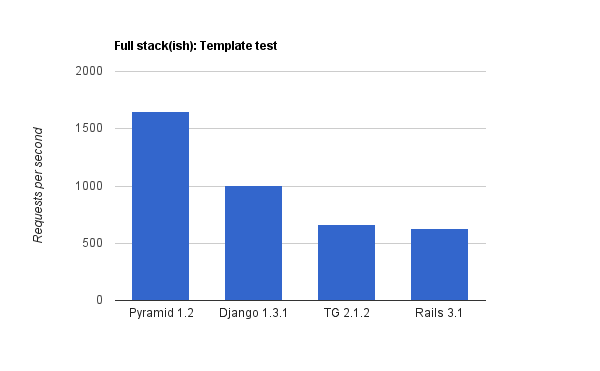 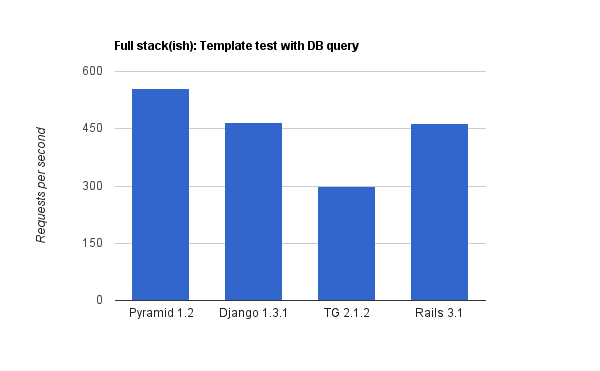 Note: The web.go tests were run using its own built-in server. Also, my C is extremely rusty and I'm only casually familiar with Go, so if somebody could add a SQLite test to the web.go test app I'd be extremely grateful. 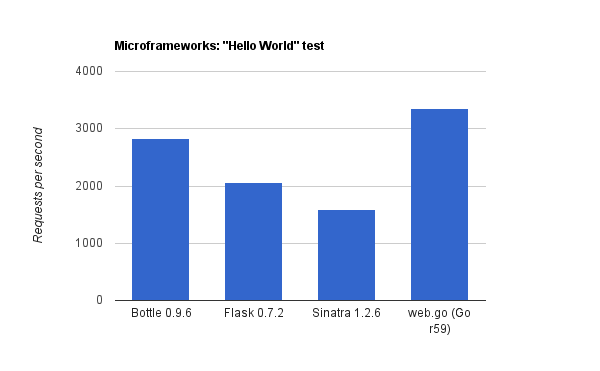 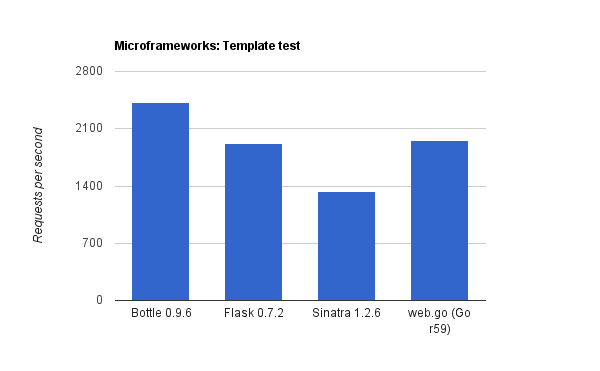 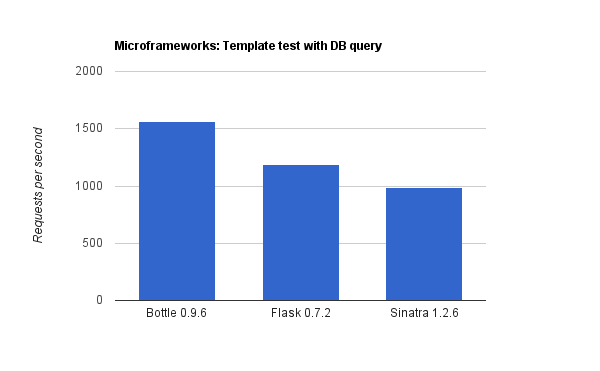 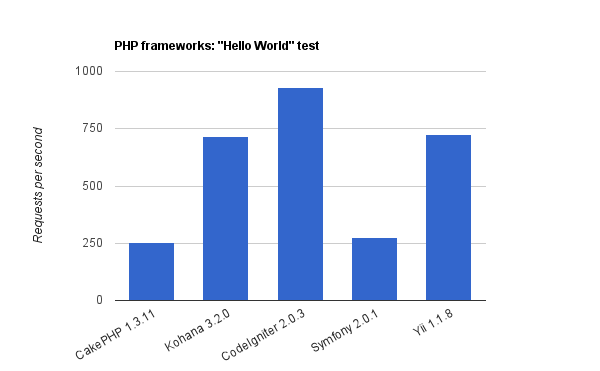 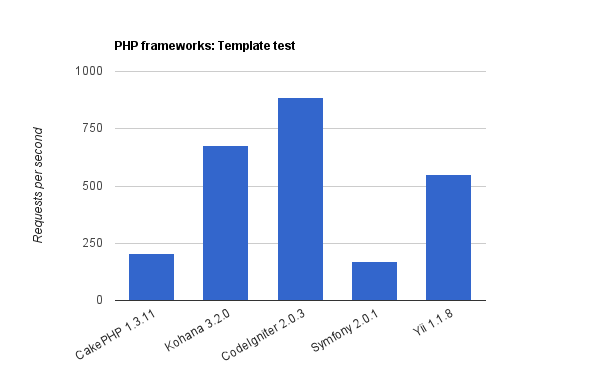 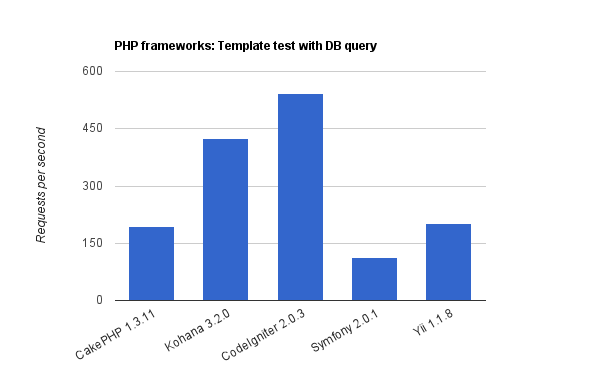 Remember: Comparing all of these framework tests side-by-side isn't really "fair" because they are all so different. Compiled languages (e.g. Go) are expected to be faster than scripted languages. Tests using an ORM (e.g. Rails, Django, Pyramid, etc.) are expected to be slower than tests using only a plain database library (e.g. Bottle, Flask, Sinatra, etc). 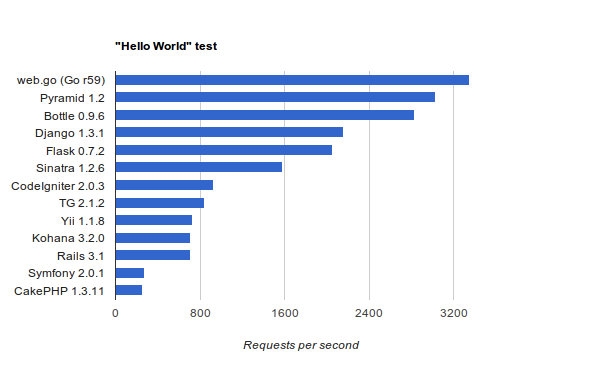 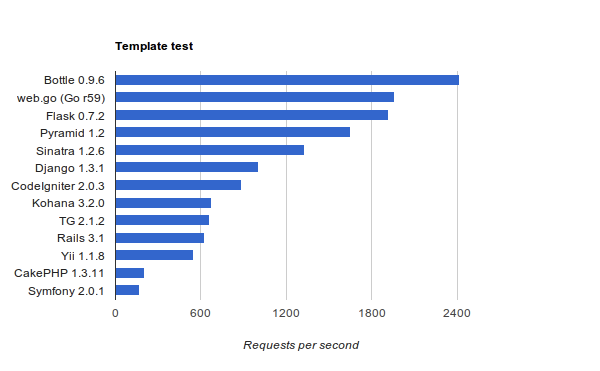 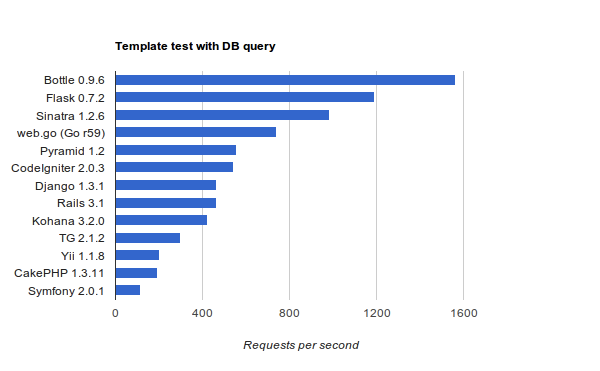 What kind of test setup are you using?

I find Amazon's EC2 fairly easy to work with and decided to go with a vanilla Ubuntu Server setup:

The three basic tests that I set each framework up to run are:

You may download the test app files that I used for each framework on GitHub.

Will you please add XYZ to the results?

Maybe, if you can convince me that enough people would be interested in having it displayed next to heavyweights like Rails and Django. Fork the repository on GitHub and submit a pull request under the "dev" branch with a test app in the same format as the other tests, and make sure you include your best sales pitch. Otherwise, I'd suggest you boot up the EC2 AMI and do your own benchmarking.

I will do my best to keep this page updated as new framework releases become available, but I will probably wait until a few different frameworks have major releases rather than updating for every single release. Follow me on Google+ or watch the GitHub repository (which might see updates more quickly than this page) to stay informed.

Sorry guys, but I decided to disable comments on this post. Apparently people are just looking at the graphs and not reading the disclaimers and other info. Contact me on Google+ if you have any questions or comments that still aren't resolved after reading the full content above.